How Visa Sought to Capitalize on Heartbreak…and Lost

Over the last few weeks, the world was captivated by one of the greatest events on the planet‒the World Cup Finals. An international tournament held only once every 4 years, the World Cup brings the world’s greatest soccer (football) teams together to compete for the title of World Champion. As with most international events, brands and marketers entered their own tournament, competing to best engage the game’s global audience. Among the hashtags and viral videos, Visa’s Twitter post at the end of Brazil’s devastating 1-7 loss to Germany stood out for all the wrong reasons. 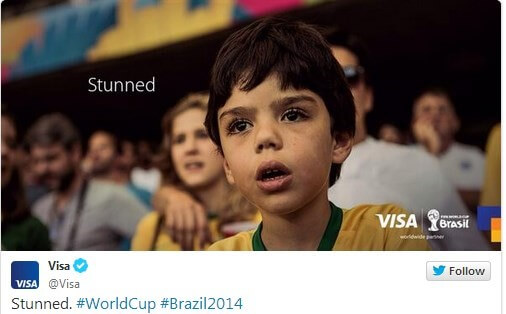 Visa’s attempt at real-time marketing failed when they tried to capitalize on a Brazilian nightmare. The marketers behind that tweet seemed to lack an understanding of the passion and dedication around the World Cup and soccer in general, and subsequently lacked the empathy to be human at such a crucial moment.

The first mistake was a Marketing 101 failure‒fully understand your topic and audience. In this case, the essence of the sport. Soccer represents the competition, commitment, sacrifice, and work ethic that many sports share, but the major thing that sets it apart is the global nature of the sport. This is evidenced by the countless pick-up games that can be found in the farthest corners of the world. It’s one of the closest things we have to world parity, where small nations like Haiti and Tahiti can compete against giants like Spain and the US. The men and women that wear their country’s colors represent the pride and joy of entire nations. Respect and brotherhood are qualities universally shared among athletes and fans, and give this beautiful game its heart and soul. Visa failed to understand that. If they had, they would have known that a competitor does not pour salt on a fresh wound, but rather picks his brother up. 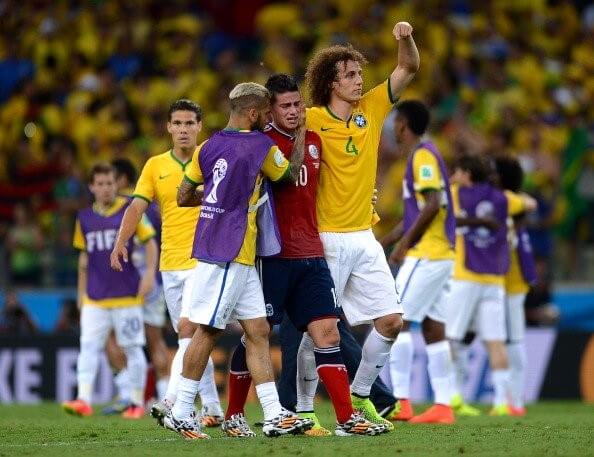 Even worse than not understanding the game, the creators of this tweet used poor judgment by attempting to capitalize on a very human emotion‒heartache. You don’t need to understand soccer to recognize the grief written across the faces in the stands. The Selecao, the Brazilian national team name which is literally translated to mean “the selected”, represents one of Brazil’s most treasured gifts to the world. Like artists or scientists, these maestros embody the skills and spirit of an entire nation. To see these men being destroyed and broken down in their home country as the host nation is enough to make the strongest man cry. 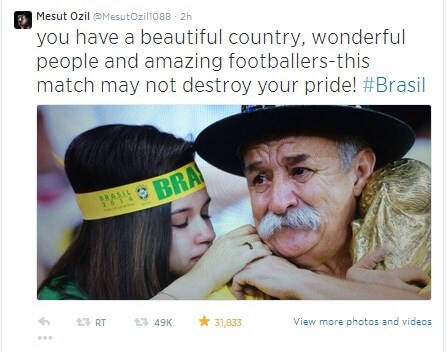 Was the world stunned at the end of the Germany vs. Brazil game? Absolutely. Was the look of devastation on that child’s face a powerful image? Of course. But was it enjoyable to see? No. It was painful! As marketers, we are entrusted to represent a brand in a positive light, and the best are able to do so in a meaningful way. Visa failed to project its brand positively, potentially alienating the very people it sought to engage.  The biggest failure was not truly understanding what that moment meant to the millions of Brazilian fans across the globe. We recommend taking a lesson from one of the German victors, who enjoyed his country’s victory with a touch of class.